In this article, we will dig deeper into the ROIC formula. We will study all three components of the formula. First, we will study the numerator (return). We will know what numbers to pick from the P&L account to quantify the return.

Second, we will understand what numbers of the balance sheet are to be picked to quantify the invested capital. Finally, we will see how to interpret the ROIC number.

Before proceeding, I would like to mention here that the ROIC formula indicated here may sound different from the formulas indicated in other web portals. The reason for this difference is that this article is derived from one of the papers written by Mr. Aswath Damodaran of Stern School of Business.

So let’s start with our first metric, the return.

In ROIC calculations, the return will be after-tax operating income and not net profit (PAT).

Why PAT is not considered in ROIC calculations? Because PAT is the earnings available only to the shareholders and not to the borrowers (like banks). Why? Because the borrower’s return is the interest paid out to them. The interest is not paid from net income, it will come from operating income. An even better indicator of the return available at the hands of shareholders and borrowers is after-tax operating income.

The formula for after-tax operating income will be:

Quick notes on the components of the after-tax operating income:

Before we’ll discuss the invested capital, I’ll like to highlight the source and application of funds. The source of funds is from two avenues, equity, and debt. The funds so sourced are applied to purchase fixed assets like property, plant, and equipment. The fund is also used to fund the working capital requirements. Some part of the money is also kept as cash. Some companies also use cash to buy intangible assets like brand names, patents, copyrights, etc.

Quick notes on the components of the after-tax operating income:

How to Interpret ROIC?

ROIC number on its own depicts how much return is generated for every Rs.100 of invested capital. The higher is the ROIC number the better.

But it is not fair to compare two businesses operating in different sectors/industries. Generally, capital-intensive businesses will display lower ROIC than others.

A better way to analyze ROIC is by comparing it with a company’s WACC (weighted average cost of capital). If ROIC is higher than the cost of capital, the company is said to be adding value for its investors (shareholders and borrowers).

Generally speaking, if the ROIC is 2% to 3% higher than WACC, it is ideal.

ROIC highlights the return generated by the first for its investors, shareholders, and borrowers. Which ROIC number is good? ROIC greater than its WACC is a must. For companies whose ROIC is less than WACC, they are value destroyers. As an investor, we can stay away from such companies.

How do I use ROIC? Whenever a low PE stock attracts my attention, I look at its ROIC. Why? Because it tells me if the company is really undervalued or there is a reason why people are not buying or selling this stock. A low PE and high ROIC (higher than its WACC) is what I like to see in a company.

Similarly, a high PE stock displaying a high ROIC deserves to trade at a premium price. In the future, such stocks may grow even higher.

I hope you liked this write-up on ROIC.

Please keep reading and have a happy investing. 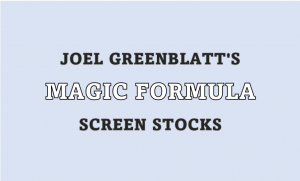 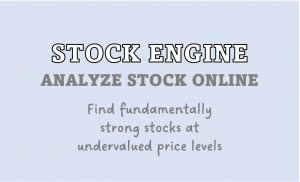