Long back, I faced an issue with my health insurance policy. Our claim got rejected on the grounds of pre-existing disease. It happened in Yr-2008 when I used to work in Kolkata.

We were very unprepared for the claim rejection. Moreover, I was also unaware of the criticality of such a clause. Hence, that episode made me feel cheated. Nevertheless, I later realized its validity.

Since then, IRDAI has also updated this clause several times. I suppose, had I made that claim today, the probability of rejection is minimal.

Anyways, since then, the topic of pre-existing disease always attracts my attention.

After I left my job, we bought a family floater health cover. Not surprisingly, the sales representative had to spend extra 10 minutes explaining the pre-existing disease. 🙂

In the last couple of months, something happened which again drew our attention towards the pre-existing condition (I’ll tell you that story later).

What Is A Pre-Existing Disease?

In simple medico-legal terms, a pre-existing disease means any condition, ailment, or injury for which there were symptoms in the body from 48 months before the first issue of the policy.

It means if a person got a health policy issued on 1-Jan’21, any disease in the body showing symptoms after 31-Dec’16 is treated as a pre-existing disease. Moreover, it is also mandatory to declare the said condition, if known, at the time of the application. The beneficiary cannot explicitly exclude the known disease in the policy.

So, what happens in case an ailment is categorized as a pre-existing condition?

In case a disease falls under this ambit, it will be covered under the health insurance policy only after the lapse of the waiting period (24 to 48 months).

What does it mean? Pre-existing conditions will not remain excluded from the health insurance cover forever. They will be covered after the “waiting time” is over. But it is mandatory for the beneficiary to declare any known condition at the time of policy purchase.

Any disease that is diagnosed for the first time after the policy is purchased will not be treated as a pre-existing condition.

What Is A Waiting Period?

The waiting period is the time the policyholder will have to wait to claim the health benefits after the health policy comes into force.

There can be multiple types of waiting period depending on the type of health insurance policy. In this article, we will explain its four common types:

Advantage of a group health insurance

Now that we know the concept of a pre-existing condition and waiting period I’ll tell you about a recent realization.

I have a friend who is working in a company. He had a health insurance cover provided by his employer. Recently, his company offered him an added benefit. The company was extending the health cover to his elderly parents, but my friend must pay an annual premium of Rs.10,000.

My friend was confused if he should take the offer. In fact, he was questioning if this is a benefit at all? My friend said, “the company is charging Rs.10,000 per annum. So how come it is a benefit, it is a cost to him“.

In a way, he was not wrong. But to understand the benefits we must look at a bigger picture.

One of the parents of my friend is suffering from medical conditions like minor liver cirrhosis, thyroid, diabetes, and prostate. These ailments will fall under the category of a pre-existing disease. Moreover, the age of both the parent was above 65 years.

In this situation, if my friend went on to buy a personal cover for his parent, it will be very costly. My estimate of the premium of such health insurance will be about Rs.50,000 per annum.

Moreover, there will be a waiting period clause for the pre-existing diseases. My friend also told me once that his parent needs hospitalization more than once each year.

If my friend decides to include his parents in the group insurance cover, he will see two immediate benefits:

Group insurance health covers are great for people with pre-existing conditions. So if the choice is between personal (family floater) and group cover, then group insurance will be better.

From the point of view of the people who are insured, the waiting period is an important rule of any health cover. Why? Because it directly affects the claim settlement probability.

Here is a quick checklist of three critical clauses of any health insurance plan one must read before buying it: 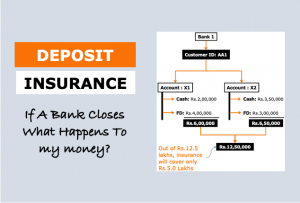 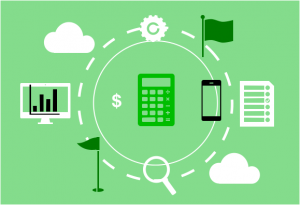 “What is the need of money management; after all we earn money only to spend 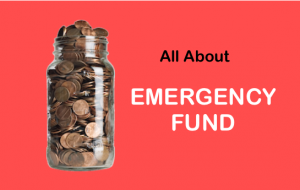 What is Emergency Fund? It is a saving which is built to take care of