Subprime Mortgage Crisis: The Cause of the 2008 Stock Market Crash

It’s been more than a decade since the 2008 financial crisis – originated in the USA. Since then, there have been several publications pointing at the causes of the crisis. The most common cause is assigned to ‘subprime mortgage’.Subprime mortgage refers to Mortgage Backed Securities (MBS), but of a very special category. We will read more about why I’m referring to it as very special.

It was “Lew Ranieri” who first coined the theory of securitization of mortgages. This eventually led to the formation of our modern-day mortgage-backed securities. So first blame for the crisis must be on him. 🙂

In theory, Lew Ranieri can be blamed. But practically there were a series of mistakes, ignorances, and malpractices that eventually led to the global crisis.

In this article, we will try to discuss the chain of activities that gave birth to subprime mortgages, which in turn caused the 2008 financial crisis.

Allow me to explain the events in a sequential manner.

To understand what is a subprime mortgage, it is essential to know the scheme of things about how the mortgage business operates in the US. Once we are clear about this flow – we can pinpoint & understand the root cause of the crisis.

Here are a few terms (concepts) explained in brief, which is necessary to remember to understand the enormity of subprime mortgage.

People seeking to buy homes, approach retail banks and ask for a loan. The loan application is filled out and submitted to the bank.

These banks in turn check the credentials of the borrower. If the borrower pays their minimum criteria, the loan will be issued.

A person who has a steady job/business, a high income, and a good credit score (like above FICO 720) will get a loan easily and at a lower interest rate compared to others.

People with lower FICO scores may not get a loan. They also might get a loan, but for them, the criteria will be stringent – like larger downpayment, higher interest rates, shorter loan duration, etc.

But here also the banks will have a bare minimum criterion. If a person is not falling within these criterias, he/she can forget about the loan.

In traditional banking, there are only two agencies dealing with loans – borrower and lender (homebuyer and retail bank). But in the year-2000s, a third party got involved – investment banks.

These investment banks started buying the “mortgage agreements” from the retail banks. This way, they became entitled to receive the monthly payments from the borrowers.

The role of retail banks became substantially marginalised. Their responsibility was limited to issuance of loan only. After this step, their job was to sell the loans to investment banks. Period.

Henceforth, it was investment banks who became the holder of the mortgage agreements.

Why retail banks sold the loans? Because this way, their balance sheet had zero liability, and only cash assets (received from the investment bank).

Why investment banks bought loans? To use them as Mortgage-Backed Security (MBS).

In the year-2000s, the yield of government back securities (like treasury bonds) was very low. All risk-free, fixed-income instruments were yielding very low returns. Hence bankers were busy inventing a low-risk, high-return investment option. This gave rise to mortgage-backed security (MBS).

As MBS had ‘mortgage loans’ as their assets, it was considered safe. At a time when treasury bills were yielding less than 3.5% returns, MBS could promise 5-6% fixed returns.

4. How investment banks made money?

Investment banks bought loans from retail banks. Several such mortgages were clubbed together to form a Mortgage Backed Security (MBS). This MBS was valued based on its future income potential.

What is the future income of MBS? Monthly payments are received from the homebuyers.

Suppose there is an MBS whose net worth is $ 1 billion. This MBS is divided into equal one billion number shares. It means each share of MBS is valued at $1 (net worth / no of shares). These shares of MBS were then traded in the secondary market (Wall Street).

5. How investors of MBS made money?

Suppose there is an MBS that was worth $1 billion. It was capable of earning $57.2 million p.a. for the next 30 years.

From where this earning was coming? From the monthly payments made by the borrowers again their mortgages.

These monthly payments received by the investment bank (MBS), will be proportionately distributed among the investors in proportion to their shareholdings. If there are one billion number shares, then the income per share of this MBS will be $0.0572.

It means that by buying a share of MBS, the investor will earn a return of 4.77% upon his/her investment.

6. Over demand for MBS

Till loans were issued to credit-worthy borrowers, the mortgage-backed security market flourished. It was a perfect investment vehicle for matured economies (like the USA, UK, Australia, etc). The demand for MBS skyrocketed.

To feed the rising demand, MBS needed more mortgages. But the problem was, that credit-worthy borrowers in America are only limited.

In this scenario, the retail banks tweaked their lending criteria. They started issuing loans to even not-so-credit-worthy borrowers.

But they charged higher interest rates on such loans.

Then a stage came when the demand for MBS further grew. Retail and commercial banks, wanted to match the pace. Hence, they started issuing loans without even verifying the credentials of the borrowers.

This way, the list of borrowers was rising at the desired pace.

When retail banks started issuing loans to less credit-worthy borrowers, investment banks knew the risk. They could gauge that these borrowers have a high chance of defaulting. The overall credit ratings of MBSs were dangerously low (like B+, CCC, and below).

Hence, what they did was create another investment vehicle called CDOs. These CDOs had a mix of mortgage-backed securities:

Moreover, the buyers of CDOs were not common men. They were purchased mainly by hedge funds, investment banks themselves, pension funds, etc.

Hence the public audit of subprime mortgages could be prevented. Investment banks could keep it hidden for an extended period of time.

Nevertheless, investment banks were not so bothered. Why? Because there was a market for such MBSs and CDOs. People were buying its shares with open arms.

As more people were becoming eligible for mortgages, the demand for homes started increasing. More people had money (borrowed) to buy a new home.

This created a price bubble in the real estate sector. The price of residential properties only went up. In such a booming market, a pretense was building that nothing can go wrong with MBSs. How?

What was the income source for MBS? Monthly payments are made by the borrowers against the mortgage loan. The risk of loss here was only when the borrowers fail to make payments (loan default).

For the MBS market, this was not a problem, why? Because the property which was used as a collateral – could be sold to make up for the loss.

This assumption was not wrong – but it remained true only till the property prices were only moving upward.

9. Role of Other Agencies

In 2008-09, the majority of borrowers were defaulting on loans. The insurance companies (Like AIG) could not cover this urgency. They also declared themselves bankrupt.

10. Why people were taking loans?

In those times, even those people who had no source of income were getting loans to buy homes. These people had near zero capability to pay back the mortgage, but they still took the loan. Why?

Their logic was, that as the price of homes was only going up, they can use it to their advantage. Example: Take a $100,000 loan, and buy a home. After a few months sell the home for $102,000. Use the sale proceeds to pay back the loan, and pocket the balance as profit.

People were taking mortgages to do trading of real estate properties. To help such borrowers, banks offered incentives. The loans had lower monthly payments for the first few months.

11. Bursting of the housing bubble

A stage was reached in the US housing market where the borrowers started defaulting on their loans. Why the default? Because it was inevitable. How?

The cause was subprime mortgages. The loans were issued to people who had little capability to pay back the loan. Hence, they eventually could not afford the ‘monthly payments – and their property went into foreclosure.

At a point in 2007-2008, there were more houses on sale than there were buyers for it. This triggered a steady price fall. The housing bubble burst.

When property prices started going down, people who had bought the property with the sole purpose of “buying low and selling high” stopped paying the mortgage. Why?

Because their property value started becoming smaller than the mortgage value. This led to more loan defaults, leading to more foreclosures. This further brought down the real estate prices.

13. What Big Investors Did Further Aggravated the Situation

When financial institutions saw this trend of falling prices, they became defensive. They stopped buying shares of subprime mortgage-backed security.

Instead, they started doing the reverse. They started dumping their already held shares of those CDOs which had subprime mortgages as their assets.

As a result, the share price of MBSs started to fall steeply. This eventually started to reflect on wall street.

Who were these big investors? They were investment banks like Lehman Brothers, Bear Sterns, etc.

This way the earnings of investment banks (MBSs) stopped, and eventually, they had to declare themselves as bankrupt.

The panic first spread across common Americans, and then across the world. The stock market crashed, and the credit market froze.

Loans became almost impossible to get. The economies across the world became cash-starved. In absence of sufficient liquidity, growth rates became negative.

Due to negative sentiments, public spending was also falling. This eventually led to the recession.

To sum up the whole story, allow me to list down the main causes which led to the formation of subprime mortgages and eventually to the 2008 financial crisis:

What we have learned from the subprime mortgage crisis? Probably little.

After the 2008 financial crisis, subprime mortgages vanished from the US market. There were too many critical eyes, watching the next steps of the investment banks.

Even SEC was acting tough on retail banks which were the first window to issue loans to the public. But today in 2019, they may be banks have found another loophole in the law books.

A very similar type of loan is again being issued to Americans. Instead of calling it a ‘subprime mortgage’, it has been rebranded as ‘student loan debt‘.

Principally, student loan debt is not a bad thing. But when the size of this debt is touching $1.5 Trillion, it raises questions.

What is more worrying about student loan debt is its ‘burden’ on students. As of 2019, it is said that 44 million students have availed of student loans. On average, each student is carrying a loan burden of $32,000.

Starting a career with this kind of burden is a concern.

Home » General Finance » Subprime Mortgage Crisis: The Cause of the 2008 Stock Market Crash 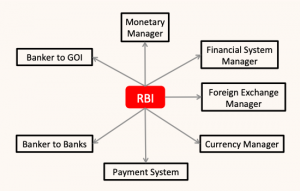