When the gold price goes up, the index underperforms. The gold price vs stock market has a correlation? Yes, there is a negative correlation. In this context, gold is often referred to as a safe haven for investors. But when we refer to gold as ‘SAFE’ we are talking about safety with respect to what? Gold works as a safety cushion for investors against the stock market’s volatility.

Gold and stock market correlation cannot be established directly. But when we see the historical performance of ‘gold’ and ‘stock market’ we can understand it better. Generally speaking, gold and equity have an inverse relationship. This means, that when the gold price goes up, prices in the stock market will fall and vice versa.

It has also been observed that gold demand picks up fast when a country’s GDP growth rate is faltering. In such situations, people prefer to park their money in hard assets like gold. Currency-based investments are left alone. The stock market is one such investment option that goes out of favor in a financial crisis.

This information that gold and equity have an inverse relationship is valuable information. It helps in the creation of a diversified investment portfolio.

Consider a boy who was born in the year 1989. The boy started buying index funds right from his 18th birthday. It was May’07 and Nifty50 was hovering at 4,296 levels. He bought his first index fund units worth Rs. 25,000. He also decided to diversify his investment portfolio. Hence, he also purchased Rs.10,000 worth of gold ETF (at 8.82 levels).

This is one example of gold’s overperformance (69% Up) when the stock market is in panic mode. The year 2008-09 saw one of its worst stock market crashes. FIIs, DIIs, domestic investors, etc, everyone was in the selling mode. The stock market was gripped with fear and pessimism.

During such periods, gold investment performs the best. The same is shown in the above chart of gold price vs stock market.

Between the years 2010 and 2013, the stock market remained volatile. Nifty 50 kept bouncing during these four years.

These two years of the roller coaster ride of Nifty50 were helping the GOLD ETFs to deliver better results. During this period, between Jan’10 and Dec’11, the gold ETF went up from 16.52 levels to 26.38 levels. It was a jump of 59.8% in two years.

Between Jan’12 and Dec’12, the volatility of the stock market continued. The volatility makes the investors uncomfortable. These investors can be FIIs, DIIs, retail investors, etc. In such moments of uncertainty, they find solace by investing in safe havens like Gold.

As a result, between Jan’12 and Aug’13, Gold ETFs price further appreciated from 26.38 levels to 29.92 levels (up by 13.4%). But at these levels even gold ETFs price became volatile. Perhaps the market thought that at these price levels the ETF was overvalued.

When the stock market is expecting a bull run, the indices like the Nifty50 go up rapidly, gold underperforms or becomes volatile.

The Year 2014 was an important year for India. In May’14, the results of the General Elections were declared. Manmohan Singh’s government was replaced by the Modi era. The perception of Modi was pro-growth hence, the stock market welcomed the move.

There are two distinct parts to observe in the year 2014.

It is a common belief that gold and equity have an inverse relationship. Though most of the time this assumption proves itself, there are exceptions. A similar case was observed in the years 2015 and 2016.

A similar synced movement was observed between the years 2017 and 2019 as well.

It can happen when equity investors are unsure. Either the investors are expecting a market correction or even worse, a crash. But as this correction/crash was not happening, both gold and equity were getting investments, and hence moved up together in sync.

Though the index recovered by Mar’2020, the anxiety because of the COVID-19 infections continued till the start of the year 2021. Considering that it was an unprecedented event in history, the market remains extremely uncertain at least till Sep’2020. After that, some news related to vaccine manufacturing was heard. But till that time, the whole world was under lockdown.

But after Sep’2020, the world became aware that vaccine is being developed and the concept of “work from home” is working. Though some people lost their jobs, many could adapt and continued earning during the lockdown. This was a phase when the stock market became even more bullish.

A massive amount of money was being invested in it. It was not a surprise to gold ETFs lost their shine during this period. The gold ETF price slipped from 51.59 to 45 levels (down by -12.8%). Again, we could see the gold price vs stock market inverse movements.

In an inflationary environment, the market goes into its volatile mode. Frequent up and down brings uncertainty that again benefits gold. Between Mar’22 and July’22, the index is volatile. But the trend is mostly downwards. Currently, the Nifty50 index is at 16,058 levels. The gold ETF has managed to hold the 43.45 level in a volatile stock market around it.

Generally, if the inflationary worries do not wade off, gold performs even better. Lower interest rates were allowed across the world to trigger spending, after covid. There was excess cash in circulation, hence inflation surge was unavoidable. Inflation weakens the currency, and in such times gold becomes the safe haven.

Hence, I feel that in the coming years, gold as an investment vehicle will deliver good results.

Coming back to the example of our boy. He bought into the Nifty50 index and Gold ETF in May’2007. Considering that he has held on to his investments till today, his average return (CAGR) would be as shown below.

The gold performed better between the period May’07 and July’22. But it is not always that Gold beats the index. May’07 was a period when the Index was at its peak and gold price was at its bottom.

Just to be fair with the stock market, let’s consider a slightly different time period for return calculation.

What does these two calculation show? Depending on the timing of the investment, both the stock market and gold can beat each other. An index investor, in India, can easily make a 9-10% return. But by timing the market well, the returns can go up to 12-14%. The only rider is to invest and hold on to the asset for a very long time. Why? Because it substantially reduces the risk of the downside movement of the index.

Similarly, long-term investing in gold can give a return between 7-12%. Here the risk of downside movement is less compared to the stock market.

Note: Individual stocks can give much higher returns than the averaged return of the index (like 11% p.a. of Nifty50). But in order to invest directly in stocks, the investor must train oneself to handle equity. How to do it? It can be done in two steps. First step is to know about the stock basics. The second step is to learn about the process of fundamental analysis.

Just because of the fact that gold and equity have an inverse relationship, the boy could do the following:

Careful diversification of investment portfolios between stocks and gold is a good option. As there is a negative relationship between the gold price and the stock market, including both of them in the portfolio gives a balance.

Stocks Vs Other Investment Options – A Comprehensive Guide

It is advisable to practice goal-based investing in our life. Few common financial goals can be like

Gold Investment: A Comprehensive Guide on How to Invest in Gold [India]

What prompted people towards gold investment? There was a time When the gold standard was 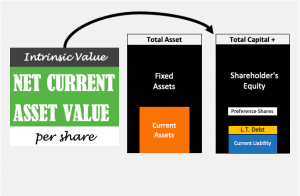 If you like to estimate intrinsic value of a stock, then start with Net Current