Salary Dependency: How to Stop Living Paycheck to Paycheck?

How many live life completely dependent on their monthly paycheck? Not surprisingly, 95% of all salaried people live a paycheck to paycheck life. Why it is so?

Because salary (paycheck) is a very assured form of income. But on downside, it makes people complacent about their financial security.

Salary income is assured only till one’s doing a job. If one leaves job today, salary will stop from the next day. But till then, until one has a job, people feel safe. They become absolutely casual about their dependency on monthly paycheck.

But this situation dramatically changes if the job security is threatened. That is the moment when one realise the disadvantages of being dependent on paycheck from job.

This is common. We are trained for this type of thought process from childhood. Anyone who questions such deep-rooted theories is bound to face resistance and criticism.

This realisation that how dangerous it is to continue living paycheck to paycheck ignites fear. Just for hypothesis, consider the job is lost. From next month school fees of your child cannot be paid. How dreadful that situation will be?

Job loss will reduce ones ability to pay EMI’s to zero. After job loss, even buying groceries and vegetables will become difficult. Isn’t it dreadful? This is the biggest negative side of living a paycheck to paycheck life.

#1. What it means by living paycheck to paycheck?

Paycheck dependency of a person can only be understood by seeing the following in unison:

People who do not generate passive income in proportion to their expense requirements are living paycheck to paycheck life.

There are virtually no savings. There is no alternative source of income. Current month’s expenses cannot be paid till the salary is received from the employer. A typical case of complete salary dependency.

If you ask such a person to lead 3 months without touching the salary, they will think that you are joking. It is like impossible for them. But the most feared part is, they do not think this is a wrong thing.

Even high salaried people can be paycheck-to-paycheck dependent. How?

No matter how much is the income, if passive income is not enough to take care of the total expense requirements, it is a condition of financial dependency.

Lets see pictorially how the income and expense streams of a financially independent person (zero paycheck dependency) looks like:

From above infographics this is evident:

Paycheck dependency is zero when passive income is equal to total expense requirements of life.

No, we must take a pledge to START from today. Start reducing your paycheck dependency. Why to do it?

#2. How to reduce paycheck dependency?

This process is slow and needs patience. There is no quick-fix to ones paycheck dependency. Hence it will be needless to assume that one can reduce salary dependency to zero in next 1-2 years.

Critical is to first realise that salary dependency is a bad thing. Then start reducing the dependency. How to do it? Start building assets. How it will help? Assets will generate passive income.

How to buy assets?

By first saving more and more money from salary, and then diverting it to buy assets.

#2.1 Learn to delay gratifications (save more)

People find it hard to delay gratifications. Suppose your child wants to eat a pastry. He/she will make huge hue and cry to have that one bite. They want their gratification to happen immediately.

Grownup’s also crave for immediate gratifications. They may not want pastries and ice-creams, instead their wants are bigger. To fulfil their wants they spend beyond their means.

This is where people start living paycheck to paycheck. Their wants become bigger than their income. For such people, even their monthly paycheck is not enough.

If the objective is to reduce salary dependency, first step is to learn to delay gratifications and save more money each month. The bigger will be the saving the better.

It’s important to start visualising the concept of financial independence. Visualisation can happen when one establishes a link between the following:

This correlation is essential. This visualisation will highlight the importance of ‘saving money’.

Savings are essential for financial independence. They are the starting point from where person buys his FIRST ASSET.

But saving alone is not sufficient. Saved money must be invested to buy income generating assets.

When ones income from asset (passive income) is equal to expense requirement, he/she becomes financially independent.

Why passive income is called so? Because this income will yield even if we are not working for it. How?

Suppose you bought a bank’s fixed deposit, where the accrued interest is paid to you each month in your bank account.

This interest income is a simple example of “passive income”. The interest will be paid even if you forget about it.

So idea here is keep buying such assets (like fixed deposit), which pays regular income.

Here it is important to read more about the following. Why? Because without knowing these theories, becoming independent of ones salary income will be tough.

Did you get a nice salary hike in your job? It gives immense pleasure and sense of achievement, right? But what if I say, “paycheck hike” is not a good thing. Why?

Because it makes “an already salary dependent people more dependent“.

The do the job just for staying happy, or for satisfying their urge for work. Such people are rare, but they exist.

We all can become such a person. How? By reducing our paycheck dependency to zero. How to do it?

By accumulating assets, and generating enough passive income out of our assets.

I will suggest you to make this your “goal of life”. It is not only about “money”, it is also about “quality of life“.

Often people forget to live a fuller life due to job pressure and anxiety.

Reduce your paycheck dependency to become happy. Remember, it is not only about money, it has powers to make your life fuller and happier. 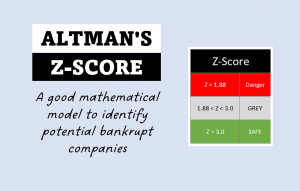 We as stock investors would like to invest in a financially stable company. What is 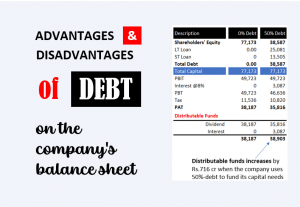 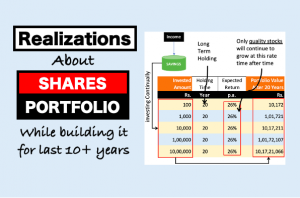 Realizations About Shares Portfolio: How To Build A Winner

Stock market investing is not only about buying and selling stocks. After a stage, the