Berkshire Hathaway is an American company run by the legend Warren Buffett. But why an Indian blogger (me) is writing about the company? Recently I was reading Berkshire’s Annual Report (2020). In the first few pages itself, it became evident that it is an uncommon company.

The report had no flashy images, no charts, no boasting. It was one of the most black and white annual reports I’ve ever read. But still, it had all the information that a shareholder will need. It is the most honest annual report I’ve come across.

I may sound like I spend most of my days reading the annual report of companies, but it will be untrue. Nevertheless, I’ve read reports of some good/ethical Indian companies. Berkshire’s report will surely score over them.

It was a learning experience. Hence I thought to share some of my realizations and findings of Berkshire and of Buffett with my readers.

The company, Berkshire Hathaway can best be described as a “conglomerate.” Though Warren Buffett does not like the term, he has accepted that Berkshire is a conglomerate with a difference.

Like any conglomerates, Berkshire also consists of holding companies of non-related business. But Buffett believes that Berkshire is not a typical conglomerate. Why?

A typical conglomerate aims to “buy businesses in their entirety.” The problem starts here itself. Buffett says; “a great business would not allow anyone to take them over.” This eventually leads to conglomerates acquiring companies with a narrow or no economic moat.

Moreover, in most cases, these conglomerates have to pay exorbitant prices to take full ownership of a mediocre business. Then to justify the price-paid, they rely on imaginative accounting maneuvers.

Warren Buffett is open to owning all or part of their holding companies. Even if it means buying only 1% of the company, they will do it. Their main focus is own stakes in business with good “economic characteristic and good managers.“

The list of companies in which Berkshire has about 100% ownership is large. Hence I’ll leave a quick link for you to follow. These are all great companies bought at undervalued price levels (with an exception).

The other list is shorter. These are companies in which Berkshire Hathaway has less than 100% ownership. You will find the names of some prominent companies listed here.

So we now know about the companies in which Berkshire Hathaway has 100% or less ownership. Within the gamut of its portfolio, Warren Buffett highlights names of four businesses that render “most of Berkshire’s value.” He mentions these companies as “all four are jewels.”

Buffett further confirms to its investors that Berkshire’s shares would never be “repurchased at simply any price.” They opted for this massive buyback because it would surely “enhance the intrinsic value per share for continuing shareholders” over time.

Acknowledgment of a Mistake

I can’t imagine any other company’s Chairman/CEO admitting his mistake in such a subtle manner. Probably this is what people, mainly Americans, love about Warren Buffett.

I was reading the annual report, and right at its beginning, on the 4th page, Buffett admits his mistake. He does it without mincing his words.

In the portion of the report where the net earning of Berkshire Hathaway is declared, there was a negative component of $11.318 Billion mentioned as “others”.

In FY-2020, Berkshire reported net earnings of $42.5 Billion. This value is after adjusting for the “other” component of -$11.318 Billion. The clarification of it came from Buffett on the 4th page itself of the annual report.

Berkshire bought a company called Precision Castparts (PCC) in the year 2016. Buffett admits, “I paid too much for the company.” He further says, “I was simply too optimistic about PCC.”

Though Buffett also adds that, PCC is a “fine company – the best in its business.” He further says, “I believe I was right in concluding that PCC would, over time, earn good returns on the net tangible assets deployed in its operations.” But Buffett concedes that he made a mistake in “judging its average amount of future earnings.” Hence, he ended up estimating the wrong intrinsic value of the company.

Other Interesting Facts About Berkshire and Warren Buffett

Reading the annual report of Berkshire Hathaway is effortless. I’ll suggest my readers go ahead and download it from the company’s website. Give it a read. I’m sure you too will enjoy and learn.

Now I’ll quickly add some interesting facts and figures about the company in the next section.

There is this person of Indian origin named Ajit Jain (Age 69) on the board of Berkshire Hathaway. Warren Buffett is fond of this man. Ajit Jain is an IIT-KGP alumnus of the 1972 batch (BTech – Mechanical). He also did an MBA from Harvard University. Presently, Ajit Jain is the Director – Vice Chairman – Insurance Operations. On the 7th page of the annual report, Warren Buffett mentions Ajit Jain.

#2. What are Class-A and Class-B shares of Berkshire?

There are two common stocks of Berkshire listed on NYSE (BRK.A, BRK.B). Both these shares trade at different price levels.

Why the company has two shares? Class-B shares have a lower market price. This enables even retail investors to buy shares of Berkshire. Otherwise, Class-A shares are priced at $412,729 per share. For the majority of small investors, it is difficult to invest this kind of money to buy just one share of a company.

There was another reason for launching Class-B shares. As Class-A shares price was high, small investors took a mutual fund route to invest in Berkshire’s stocks. These mutual funds were making money by just duplicating the portfolio of Berkshire.

#4. Who are the top managers of Berkshire Hathaway?

Since 1970 Berkshire Hathaway has been run by Warren Buffett. In 1978, he was joined by Charlie Munger. Over the period, few more people have joined Berkshire and have attained the position in the Board. Five names of prominence are shown below:

#5. What is the source of income for Berkshire?

The total portfolio of Berkshire Hathaway can be categorized into four categories. All companies, controlling and non-controlling, falls within the ambit of these four categories. Income, net profit and profitability of each business head is shown below:

If you are interested to know about the names of individual companies that fall under the revenue heads (SL No.1, 2 & 3), check their names here.

#6. Why Berkshire’s Class-A shares do not split?

Warren Buffett has not allowed any stock split of Berkshire’s Class-A in all these years. Instead, there have been shares buyback on multiple occasions. The result is that, each Class-A share, trades today at a whopping price of $412,729 (~Rs.2.88 crore per share). Needless to say that it is very tough for common people to buy Class-A shares of Berkshire.

But why Buffett does not split the stocks?

He does so to attract only such investors who can buy Berkshire’s stocks and hold them for like forever. He believes, people who have the appetite to spend about $4 Lakh dollars to buy a single share, are psychologically more tuned to hold stocks for a very long time.

#7. Why Berkshire does not pay dividends to shareholders?

For the FY-2020, Berkshire has reported a cash balance of about $3.276 billion. Even though the company has such huge cash reserves, it never pays dividends. It has paid dividends only once in 1967. Why the company pays no dividends?

Buffett believes that he can use the available cash to acquire or invest in new companies. He also prefers using cash to buy back Berkshire’s shares. By following this principle, Berkshire has generated phenomenal returns for its shareholders.

#8. Who will be the successor of Warren Buffett?

In 2018, both Ajit Jain and Greg Abel were promoted to lead the insurance and non-insurance business head of Berkshire respectively. So in a way, both were in contention for the top post during all these years. But now it is becoming more clear that Greg Abel will be at the helm of affairs and Ajit Jain will be his immediate deputy.

Warren Buffett purchased Berkshire Hathaway in 1965. At that time it was a textile company. During all these years, Buffett and Charlie Munger have transformed a textile company into a holding company. Berkshire has become a coveted brand in the world. Company’s like Duracell, GAICO, BNSF, McLane, Lubrizol, Fruit of the Loom, etc are under the umbrella of Berkshire.

I suppose, just reading the forwarding message of Warren Buffett, instead of the whole Annual report, can teach us a lot about business and investment. Hats off to the great man.

My first takeaway from the annual report is the composition of Berkshire’s portfolio. It is unique. How? In periods when S&P-500 could generate 10.2% returns, Berkshire’s did its double (20% per annum). Two things are evident, first, it is possible to beat the market. Second, the importance to buy stocks of ONLY quality businesses at a fair price is paramount. 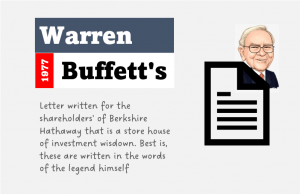 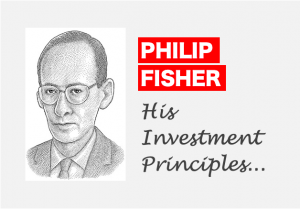 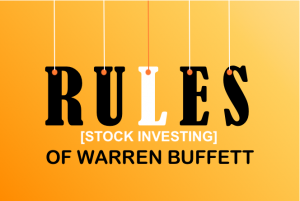 Warren Buffett rules of investing are not just rules, they are principles based on which