What it means by Shares Issued at a Premium Price?

We will see examples that will explain what it means to share issued at a premium price?

What does it mean by premium price?

Nevertheless, a company can have any par value for its shares as long as it is a positive whole number (eg: 1,2,3,4…).

This means the par value (face value) of shares cannot be infractions like Rs.1.5, 2.5, etc.

Suppose a company ABC’s shares have a face value of Rs.2 per share. But during its IPO, it decides to sell its shares at Rs.52 per share.

In this case, the share is said to be issued at a premium.

Let’s get into more details to learn deeper concepts of “shares issued at a premium price”.

When a company grows too big, individual owners (or partners) alone cannot raise the funds necessary for the company’s expansion and modernization.

What such companies can do to raise funds? Two alternatives, follow a:

When a company takes the equity route to raise funds, it is called equity financing.

What is done in equity financing? The company sells its shares to the public.

How many shares a company can sell to raise funds?

The number of shares available for the issue is limited. What is the limitation? Memorandum of Association (MOA).

What is authorized capital?

This is the maximum amount of shares a company can issue to raise capital through the equity route.

This value is mentioned in companies Memorandum of Association (MOA).

MOA is a legal document prepared by the company during its formation and registration.

[Note: It is possible to increase the authorized capital at any time, but after taking approval of the shareholders of the company. The Registrar of Companies must also be notified and complied with in this regard.]

What means by the above values? This can be a little bit tricky.

It is important to understand the limitation of Authorised Capital more clearly.

What is the limitation? Let’s take a quiz.

Which of the following statement is correct?

Which of the above statement is true?

What about authorised capital? Company can raise any amount of money by selling its 425 crore number shares. But how?

The Face Value (FV) of shares is fixed at Rs.2 per share, right?

Yes, the face value remains same. But the company is allowed to sell its shares at a premium price (more than its face value).

This way a company can raise any amount of funds (much more than authorised capital), through equity route.

Lets see a hypothetical examples of how much fund Axis Bank can raise by issuing shares at different price levels.

(Option-1) Axis Bank issued share at par: It can raise a maximum of Rs.850 Crore.

[*Note: In India, companies are are not allowed to sell their shares at a discount to its face value].

Shares issued at a Premium Price…

Suppose there is a hypothetical company ABC which needs Rs.500 crore for its future expansion & modernisations plans.

The company ABC has been in business for last 15 years and has established a good name for itself.

The Board of Directors of the company decided that the financing for the future expansion and modernisation will happen thorough equity route.

Hence the company referred its Memorandum of Association (MOA) to check the value of Authorised Capital mentioned in that document.

It was as below:

So in terms of Authorised capital, the company has no limitation. It can raise the needful funds even by selling shares at its face value.

But considering that ABC is an established company, with reasonable profitability, company can sell shares at a premium.

Hence the company decided to sell its shares in IPO at a premium price of Rs.30 per share.

What are the advantages of issuing shares at a premium?

There are two distinct advantages. One is a short term and other is a long term benefit.

Short term benefit: The higher is the premium, lesser number of shares needs to be issued. Means, the promoters holdings remain higher.

Long term benefit: Lesser number of shares issued means, dividend per share will be higher. Existing shareholders will get a better dividend yield.

In other other words, lesser the number of shares issued, better it is for the promoters and for the existing shareholders. Why?

They are able to get a larger share in the companies dividends.

So a company which is able to sell its shares at a premium price must do it like this, as it is better, both for the promoters and for the shareholders.

Coming back to our example company ABC….

What ABC should do? Issue its shares at a premium as shown below:

The highlights of the above example are two:

First: The company is able to generate the needful funds.

Second: Even after the issuance of shares to public, the promoters still holds 88.66% shares of the company.

The idea of shares buyback…

Let’s take the example of ABC forward to understand the concept of shares buyback.

What is shares buyback?

Shares buyback means, the purchase of shares by the “issuer” from the “market”. What does it mean?

It is the promoters (original owners of the company) buying back their shares that they sold to public for fund generation.

If the promoters buyback a part of these shares from the shareholders, it will be called as “shares buyback”.

Why a company may buyback its shares? There can be two main reasons:

First, the company may want to increase their holding in the company.

In case of ABC, the promoters are already holding 88.66% shares. They will not buyback shares for this reason. They will probably use the second reason.

Second, the company thinks that the present market price of their shares are undervalued. What does it mean?

At what price ABC issued its shares? At a premium selling price of Rs.30 per share.

Now suppose, due to some reason, the market price of shares fell to Rs.15 per share levels.

The promoters, who has better visibility of the companies future, thinks that at Rs.15 per share, ABC’s stocks are undervalued.

They may decide to buyback their own shares with intention of profit booking in future.

Moreover, when a company buybacks its own shares, market notes it, and demand (hence market price) for such shares automatically grows.

This way, the shareholders who do not sell their shares (at Rs.15 levels) will also get rewarded. How?

When company buybacks their shares, the number of shares outstanding in the market decreases. It means, dividend per share will also increase.

How to interpret the decision of shares buyback of a company?

Suppose a company has announced that it is going to buyback its shares in open market.

What a common investors should make of this decision?

But here it is important not take a hasty decision. Why? Because share buyback decision may also be taken to fool the investors.

What a common man must do here? Two things:

If company is planning to buyback only small quantity of its shares, it will not not help the cause. The valuation of shares will not improve much after the buyback.

How to know if the company is buying back enough or not? Compare buyback market cap (nos of shares x price) with total market cap.

Example: If the buyback is lowering the nos of shares by 1% or more, it can be termed as a major buyback.

Estimating intrinsic value is also essential. It is the real litmus test to prove if the company is only making buyback announcement to fool people.

How shares issued at premium is shown in balance sheet?

When a company issues its shares at a premium, the fund thus generated are shown in companies balance sheet.

Lets take example of ABC to get a better understanding.

Equity share capital will show only number of shares outstanding times the face value of each share.

Example of Balance Sheet Entry of Shares Issued At Premium…

How the balance sheet of the company will be updated after the above transactions are done?

[Note: Paid-up capital should always be less than or equal to the Authorised Capital].

How company can use the funds shown in Security Premium Account?

There are limitations on the use of funds kept in “security premium account”.

They cannot be used by the company like “general reserves”.

Home » Stocks » Stock Basics » What it means by Shares Issued at a Premium Price? 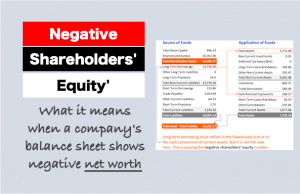 Recently I was reviewing a list of stocks from the BSE-500 index. I found some 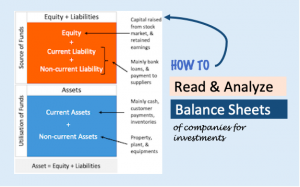 Fundamental Analysis: How To Read a Balance Sheet Report?

This is in a series of articles that will highlight the process of fundamental analysis. In this section,