[Note: Subsequent to the Reliance Future-Group deal, the company has been in a legal battle with Amazon. This legal controversy has severely hampered the long-term prospects of Future Group. The below article was written before Amazon intervened and changed the whole scenario.]

Reliance retail and future group company entered into a deal on 29 August 2020. As per the deal reliance Retail (RRVL) has acquired the retail, wholesale, logistics and warehousing business of the future group.

What should the existing and potential shareholders of future group companies should do after the deal. At the current times, is the future group shares worth buying or holding?

To answer this question it is first important to understand two things. First, what are the businesses associated with future group companies, and what is left with future group after the deal is executed. Second, we must also know the details of the deal.

Once we can understand these two important things we would be in a position to comprehend if future group shares are worth holding or quitting.

Generally speaking the whole business of future group can be divided into six categories / companies. Out of these six companies, five will go to reliance retail (RRVL) as a part of the deal. It is only future Enterprises which will remain with the future group.

We can see that as per the reliance future group deal, future group has sold approximately 69% of its business to RRVL. That means, what remains in the hands of future group is only 31% of its current business. Description of business which is going to Reliance (RRVL) is shown below:

Hence it is only fair on the part of the investors to question that whether they should hold on to the shares of future group or sell it away?

To understand what an existing shareholders should do with their future group shares we will have to get into the details of the deal.

The Deal (For Future Group Investors)

It’s a detailed and a complicated deal. But I believe the deal is complicated to understand for investors of Reliance (RRVL). For future group investors the deal is fairly simple. Out of six major group companies, only Future Enterprises Ltd (FEL) will remain in the books of Future Group.

For future group shareholders it is important to understand that how this transition will take place. In the first stage, all Future Group companies will merge into Future Enterprises (FEL). Let’s see how the merger will be done.

What does it mean for the shareholders? Let’s see its mathematics:

Let’s understand it using a hypothetical example. Suppose there is an investor who holds 10 nos shares of Future Retail Ltd. (FRL). He purchased his shares on 28.Aug’20 citing news of take-over by Reliance. He bought shares at a price of Rs.110.2 per share. Hence his total investment was Rs.1,102.

So, even before FRL becomes FEL. Even before Reliance (RRVL) takes over Future Retail, just because of the deal, the investor of Future Retail has already made a gain of 18.2%.

Please Note that, the calculation of 18.2% was done based on current price of FEL @Rs.12.9 per share. if This price goes up, gain percentage will also go up.

So now the bigger question is, will the price of FEL go up in future? Considering that Future Group has sold its’s 69% business to Reliance (RRVL), why FEL price will go up?

To answer this question, we will have to first understand the Step #2 & step #3 of the deal

On the face of it. Future Group is selling about 69% of its business to Reliance (RRVL). In terms of volumes, the size of Future Group will go down as indicated in the below infographics. What will remain is only about 31%.

But what is this 31%? It’s what will remain and be called as Future Enterprises Ltd. (FEL). For sure, FEL is losing 69% business, but what FEL will gain from the deal? Immediate gain will be two folds – cash-in flow and debt reduction. Long term gain will be “future business growth” – which we will see in step #3.

As Future Group is selling its business to Reliance (RRVL), it will earn some cash from the deal. The cash earning will be in tune of Rs.8,453 Crore. The break-up of this cash flow is shown below:

What FEL will do with this cash? For a company of the size of FEL, immediate working capital of Rs.5,653 Crore may prove extremely beneficial.

This amount of cash can take care of the company’s present and future (say for next 6 months) current liabilities. This will be a big push to bring back the operation live and running post COVID (read step #3).

[P.Note: We must also not forget that RRVL is also likely to buy shares and Warrants of FEL worth Rs.2,800 crore. This fund will also provide good liquidity to the company. But on downside, it will also increase the number of shares outstanding of FEL, thereby diluting its earnings per share (EPS).]

Total declared value of the deal is Rs.24,713 Crore. This value has been declared in the press release of RIL.

I’m assuming that the this money will not be paid in cash to Future Group (FEL). Instead, Reliance Retail (RRVL) will take-over the debt of equivalent value in its balance sheet from Future Group.

I’ve checked the current debt balance of the future group companies, and the values are as shown below:

Looking at this data, we can say that Reliance Retail (RRVL) is taking over five businesses of Future Group along with is total debt obligation. Moreover, the the deal will also help FEL to reduce its debt from Rs.5,696 crore to about Rs.2,000 crore.

This debt reduction will benefit FEL in terms of improvement of its Net Worth. After the deal is executed, net worth of FEL is likely to triple. Please see the comparison between current and after-deal scenario shown below.

So with my limited understanding of the business, I’m assuming that share of FEL will see a similar price appreciation in times to come.

But this is not all. I feel that there is more juice to Future Enterprise Limited (FEL) than its mere enhancement of Net Worth. This is opposed to the popular perception that, after Big Bazaar, FBB, Foodhall etc will move out of Future Group, the business of Future Group is almost dead.

For sure, the Kishore Biyani’s favourite creation was Retail, which is now in hands of Reliance (RRVL). But what remains with FEL has potential of future growth. Let’s discuss this in Step #3.

After retail, wholesale, logistics, and warehousing business moves out of Future Group, the core business of FEL will be as follows.

FEL has facility to develop and manufacture FMCG products. Their products include brands like Golden Harvest, Tasty Treat, Karmiq, Voom, Desi Atta, Think Skin, kara etc. FEL has its in-house Food Park in Tumkur where it can do its food manufacturing & processing.

Currently these products are sold by Future Group in existing network of 1,650 stores (Big Bazaar, Easy Day, Aadhaar & Nilgiris) across India. As per the Reliance Future Group deal, FEL can continue to sell its products in these spaces. Moreover, their products will also find place in Reliance Stores as well.

The biggest potential is Digital Distribution of products through Jio Mart Platforms. But for sure, only time will prove this fact.

Currently their branded apparels are sold in FBB, Central, and Brand Factory stores. These three stores are now going to Reliance (RRVL), but FEL’s apparels can still be sold in these stores. Moreover, FEL’s products will also find shelves in Reliance Trend’s stores.

Future Group operates in Insurance market through its JV with Generali Group. In Indian market, they operate as “Future Generali”. They provide both General Insurance (Motor, Health, Travel etc) and Life Insurance.

Cons of the deal which FEL investors should note

FEL’s distribution and selling is now completely dependent on Reliance (RRVL) stores. This is at least true for the first few years of operation (post-deal). Till FEL builds its own distribution and sales network, it’s dependency on Reliance Retail (RRVL) for its majority sales looks risky.

It will not be wrong to say that, if Reliance (RRVL) wants to play tough, FEL will have to dance to their whims and fancies.

But I’m assuming that, the details of the deal might be taking care of this potential danger as well. We should not forget that Kishore Biyani is also a proven business man.

If things goes as planned by Kishore Biyani, I think FEL has a potential to become the next small multibagger. Give it at least 3-5 years, and FEL can churn out good value for its stakeholders.

Having said that, investors should also question the current situation of Future Group companies. Why it had to sign a deal with Reliance (RRVL) wherein it is selling almost 69% of its business.

This situation has come because Future Group Companies had too much debt. How such huge debts accumulated? Probably because they went too aggressive with their expansion plans.

In this situation (high debt burden), COVID-19 happened in India in Feb/Mar’20. The cash flow stopped and Future Group started faltering debt payments. Probably, Kishore Biyani found best to take this step, rather than dragging the company till bankruptcy.

Now, after the deal, Future group can actually see clear skies in times to come. It is still a long way to go, but I feel Kishore Biyani’s fans (investors) would stick with him. 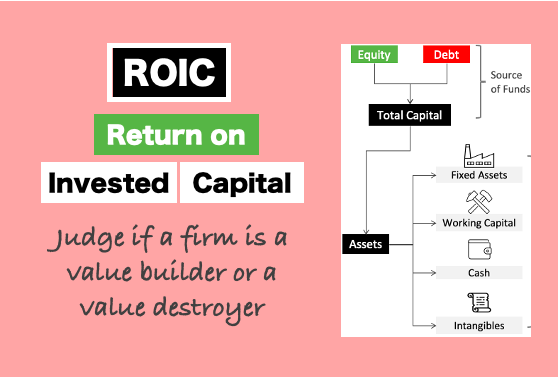 The invested capital is the total funds generated by the company by issuing equity and… Read More »Return On Invested Capital (ROIC) – Definition, Formula & Interpretation 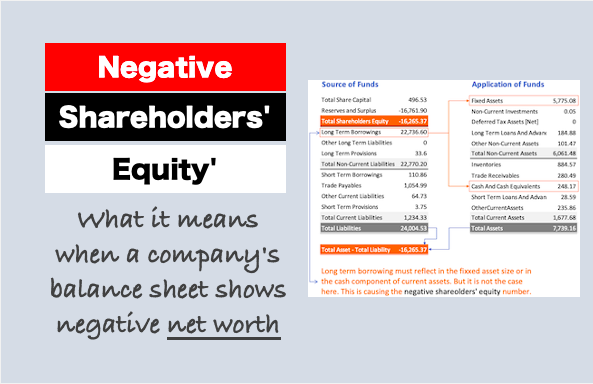 Recently I was reviewing a list of stocks from the BSE-500 index. I found some… Read More »What Does Negative Shareholders Equity Mean On Balance Sheet 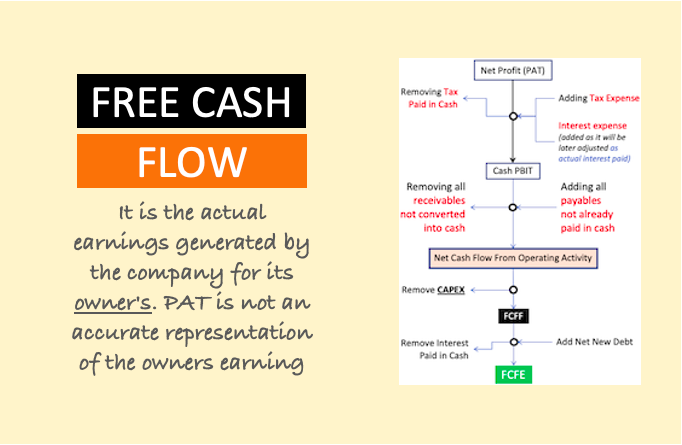