In part-2 we have seen what’s causing the short term debt cycles. Availability of cheap credit was causing those cycles. Long term debt cycles are also caused by credit (excess debt accumulation in economy). But how it is possible? Why I am raising this question…

Because in short term debt cycles, we saw that, when credit (debt accumulation) was too much, it caused high inflation. Hence RBI raises the interest rates, and credit falls (less debt in economy) leading to recession.

How debt rises in long term…

So what if the debt level is increasing. In a growing economy, as GDP grows, available credit must also grow, right? Growth in credit enhances the liquidity of money in the economy. Hence more people can use credit to satisfy their needs. Credit (debt) available in Indian economy in year 1960’s was far less than what is available now (2019). This does not mean that India was economically better placed in 1960’s than today (2019).

So it means, credit level (debt level) alone cannot say if the economy is resorting to too much debt. There must be some other reference. What is it? Please read further…

What will happen? If income is not growing in pace with the credit (debt), it will lead to defaults in loan repayment. Moreover, it will also cause inflation to reach its peak levels. Lets visualise the peak point like this:

It is interesting to note what’s happening at this peak point. At this point, existing income levels are not able to sustain the high debt levels of the economy. The first signs will be like this:

Why this is happening? Because people have decided to cut their expenses. Why? To payback their existing debt. We saw a similar situation in USA in 2008. What happened then? A huge section of population in USA went on austerity drive (along with banks and government). In parallel to this event, several people also defaulted on their loans. In modern economy, loan default means lower income for others.

See how many things are happening at a time:

All these activities takes the economy into a tailspin. The economy starts to collapse as it will never recover from it. In a credit based economy, even government (Central Banks/ RBI) cannot do much in such times. Why? Because interest rates are already rock bottom. In last 100 years, the world has seen two such rampant economic debacles (depression). One was in 1927 (The Great Depression), and in 2008 (USA Debt Crisis).

What follows the peak of “long term debt cycle” is Economic Depression. What is the difference between recession and depression? Both are same, in both the cases GDP growth rate becomes negative (or slows down considerably). But depression is an enhanced form of recession. Read more about economic recession here…

The worst part of economic depression is, it continues for a very long duration (2-3 years). Negative GDP growth for 2-3 years is ravaging for any economy. Why it is so bad? Because of the following things:

Imagine, this kind of mood continuing for 2-3 years at a stretch. The economic environment becomes almost like a gloom. Hence, it takes almost a decade to come out of economic depression (called reflation).

The reflation cannot happen on its own. It’s a struggle for everyone. Moreover it is a phase which comes post the mayhem of the depression. The psychology of people are wounded, and hence people become extremely defensive.

This scenario, makes reflation phase a tough one. In fact it is worse than depression, because economy wants to grow, but nobody is ready to take the initiative.

This is where good governance can help. As Ray Dalio says in his youtube video, it time for the government to strike beautiful deleveraging.

Deleveraging is a process where the economy is trying to reduce its debt burden. This is what is causing the negative GDP growth rates, and hence negative inflation (deflation).

Note: Deflation is hazardous for business and economy as a whole. Controlled inflation (neither high not too low) is what is best for any economy.

As people are cutting off their debts (hence not spending), so we can say that, inherently deleveraging is a good thing. But the problem for the economy is, it needs spending. Otherwise, economy will go into deflation.

When everyone is on austerity plan (post depression), central banks (RBI) often starts to print more money. This inflicts inflation in the economy. But how? People are still not spending?

Looks simple, right? But it is a very delicate and intricate balance to strike. What balance? See, printing money is easy. Hence it can easily go out of control. Too much printed money will leads to dangerously high inflation. So it must strike a balance.

When people are in debt reduction mood, they do not spend money. Hence it is causing deflation. But by printing more money, government is stimulating spending (in turn GDP growth). Hence it is causing inflation. So here comes the necessity of balancing. A perfect balance between the “actions causing deflation” and “actions causing inflation” in the same time is called “beautiful deleveraging”.

On one hand, debt of the economy is going down but GDP is still growing. This is achieved by striking a balance between debt reduction, and printing more money (in strict check and control). Ray Dalio says, this is the method by which economies can come out of depression.

Because of human nature, people take new debts instead of clearing their older debts first.

Even though people’s debts are growing to unprecedented levels, banks and financial institutions continue to offer more debts (sometimes at very cheaper rates).

Why banks give loans and people take it? Because everyone thinks that “good days will not go sooner”. But this assumption is wrong.

But this is also not the root cause of the problem (cause of long term debt cycles). What people do in good days is the real reason for crisis building. What people do? They buy assets and liability using the borrowed money (Credit – debt).

Now this is a big mistake. On one side, it is understood that GDP growth needs spending. But GDP need not always grow at a staggering pace. GDP growing at an average rate of 5-7% for next 15-20 years is a dam good performance.

Sure it is not hugely fast, but it still good enough to transform a common mens life over time.

How to maintain a balanced GDP growth? Government and central banks will do their part. We common people can also contribute. How?

Try to live a debt free life. Try to finance all requirements using your savings. Resort to financial planning. If Planning asks you to take debt, go for it. But make sure that, you clear your debt soon enough (at least before taking a new one). 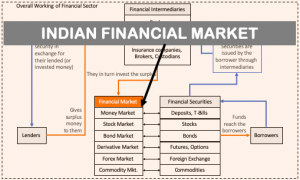 When we buy/sell stocks, this trade happens in a financial market. People trading in forex, 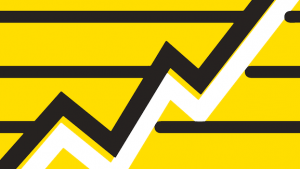 Here in Part-2 of the series of blogs on economy, we will talk about short