What is the utility of our paid tax? Why we pay tax to government of India at all?

The tax we pay to government is used to run the country.

Though the phrase ‘run the country’ may sound too general but that’s the way it is.

Indian government use the money collected through taxes to run the country.

But does the tax collection is so much that the complete country can be run?

But what the government does with such huge tax collections?

Citizen individually manage their expenses from their salary income.

We do not ask government to pay for our utility bills, grocery etc.

Then why government still collect tax from us?

Of course, everyone individually manages their family expenses.

When one buy’s an apartment, EMI’s is paid from from ones own pocket.

People do not ask government to contribute.

These are common facilities that are used by everybody in the country.

Development of these common facilities is the responsibility of government.

In recent past, the government has offloaded many of their responsibilities to private companies.

This way the government has managed to cut-short their obligations, but in a good way.

Inclusion of private partnership has enabled access to better services. 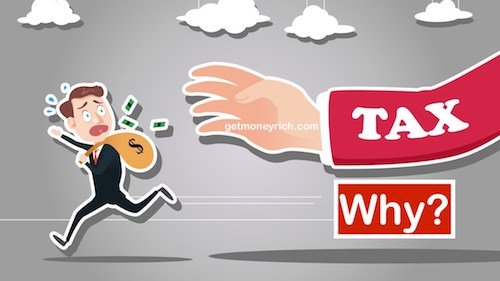 Why not privatise and reduce cost?

Why government does not offload everything to private parties?

This way they will also collect less tax from public.

Government would like to offload everything and work only as a police.

But it will only create a mayhem.

Government cannot only do fire-fighting. They must also lead by example.

Like a company cannot be managed just by security guards, a country cannot be run only by police.

Hence, governments deep involvement is a must in running a country.

What government does is for the common benefit of all citizens of country.

They develop facilities which can be commonly used by both rich and poor.

And who bears the cost of this development?

It is the citizens of country who bears this cost.

Government collects tax from public and then directs these funds for all development activities required in a country.

So by this logic, every citizen should pay tax to government.

But we often hear that not everyone pays taxes….is it true?

Yes, everyone pays tax, it is unavoidable.

There are two types of tax collected by government of India.

We have to pay indirect tax on purchase of any goods or services.

When we buy groceries, sales tax is included in its price.

When we get the DTH connection installed in our home, the bill amount is inclusive on service tax.

It is possible to avoid direct tax.

Out of the total tax revenue 56% was direct tax and 44% was indirect tax.

Everybody who is living in India (Indian national and expatriates) cannot avoid paying indirect tax.

It the direct income tax collection which is controversial.

Income tax is payable by anyone who resides in India.

Of course we cannot expect children below 18 years of age to pay tax.

We can also exclude people above 65 years of age from the ambit of direct tax collection.

Even if these assumptions are true, but still, India continues to have a very low tax base.

Even if we consider 60% of this population as working we still have more than 30 Crores (24%) as income generating person.

This is an ambiguity which majority Indian middle class abhors. Hence they ask why we ONLY pay tax to government? What about the balance population?

As if this was not enough, the tax burden is increasing every year.

Why we should pay higher tax to the government to compensate for the lower tax base?

Salaried middle class is penalised to pay higher tax, to facilitate those who do not pay tax?

Why we pay tax to government in India?

We pay tax mainly for the infrastructure development in the country.

Infrastructure development is most essential for any country.

This is one facility which cannot be developed by individuals.

Government develops infrastructure in a country to make basic facilities affordable for all sections of society.

We are not just talking about cheap facilities.

In fact, infrastructure development should be developed in such a way that it commensurate with everyone’s standard of living.

Like in India, if somebody cannot spend more, they can still travel from one corner of India to other using cheaper railway facility.

Even state-bus facility is widely used by mainly poor sections of society.

Development of quality, affordable facilities is the responsibility of the government.

Why we pay tax? We pay tax to government enabling them to develop such facilities.

The Data Your Family Will Need After You

Financial intelligence is not only about money management. With advent of tech, it is also important to keep online information accessible. When times get tough, our small mistakes seems to cause more damage. Most of […]

History of inflation in India 2018

Salary Dependency: How to Stop Living Paycheck to Paycheck?

How many live life completely dependent on their monthly paycheck? Not surprisingly, 95% of all salaried people live a paycheck to paycheck life. Why it is so? Because salary (paycheck) is a very assured form of […]