What indicates the arrival of the bear market of 2018-19? Performance of indices in last 10 months.

To understand this, we must look at the market of last 5 years.

When I say market, we are using SENSEX as our indicator.

How the Sensex behaved in last 5 years?

[Note: Present NDA Government came to power in May’2014. This is almost 4.3 years from today.]

During this duration the Sensex has seen 3 major dips:

Two major correction in Sensex has happened in 2018 alone.

Needless to say that, the market is trying harder to shed its load in 2018 (wants to crash…).

Most likely, it has already started doing it. But as we look only at Sensex, real picture is not visible. How?

What is the point of the rise and fall shown in the above 5 year chart?

Overall trend has been only up in last 5 years.

Particularly since 2016, the up-trend has been the most bullish.

But in these durations, stock market has also seen its share of corrections.

But those were only corrections. Means, the Sensex plunged and then recovered.

In Sep’18, the Sensex has mostly been falling.

So the question is, is this another correction or we are seeing a beginning of a long awaited bear market?

I personally think that this is a beginning of a bear market? Why?

This is what we will discuss in this article.

The Bear Market Has Arrived?

In Jan’18, the stock market tried this, but after 10% correction, it recovered.

But since Sep’18, Sensex has been tumbling down steadily.

It drew the attention of all when on 5th Oct’18, it nearly crashed by 600 odd points in matter of 40 odd minutes (just before closing).

And as there was a weekend after that, everywhere there is a debate that, “is this the the bear market of 2018-19”.

The large scale view (macro) of Indian market is suggesting that, it is indeed a bear market.

It is possible that in Sep-Oct’18, we are seeing the beginning of major stock market correction (even a market crash).

How much the market will go down?

When the market will see the bottom?

It can be anyones guess. But I personally think that Dec’18 (assembly elections results) can be another trigger.

If the market does not like the election results, it will fall further. Probably it will fall below 30,000 levels (guess).

Market anyways behaves slugging or bearish during these times of uncertainty.

Lok Sabha Elections will be in May’19. So till May’19 market may behave negatively.

At least the trend between this period (Oct’18 to May’19) can be downwards.

Macro Economics of India is also not favouring stock market…

What I mean by Macro economics?

Big indicators that has influence on performance of stock market.

What are these big indicators? We can categorise them into two parts:

In a way, all of the above factors are interlinked to each other.

But few inherent disadvantages that is inbuilt into India’s economy makes it more vulnerable.

What I am talking about?

A nation which is experiencing negative trade deficit means, it is producing less internally, compared to its demand.

What does this mean? Lower employment for its own workforce.

An economy which is standing on weak fundamentals of un-employment is more likely to see bear market in times to come.

Dependency on outside world for goods and services is understandable. But a country must do extra to make-up for this outside-dependency.

How to go about it?

By exporting sufficiently in comparison to how much is being imported.

Clearly, India’s exports are much lower than what it is importing.

Moreover, out of the above import figures, oil imports contributes more than 35% of the total.

In this scenario, when global crude oil price rises, the trade deficit will become even wider.

In short term, trade deficit may not sound daunting. But in long term, it is a major hindrance to nations economic strengthening.

Increasing oil price also has a severe impact on economy in short term.

Bother these factor together negatively effects the stock market index.

India being a country which is trade deficit ($127.5 Billion). Hence whenever Rupee weakens, it hurts more.

When Indian Rupee becomes weak compared to USD, the trade deficit will become even wider.

In last one year, Rupee has been devalued from Rs.65 to Rs.74 levels.

The impact of this major weakening of INR will be felt most in coming 10-12 months.

Indicators from stocks market itself…

Till now what we have seen are macro economic indicators.

There are indicators also coming from the stock market itself.

If we will see only the Sensex and Nifty, the performance doesn’t look so alarming.

But if we see the small-cap and mid-cap segment, the performance is raising an alarm.

What the above table is showing?

The point is, the bigger indices like Sensex, BSE 100, BSE 200 doesn’t give the real picture. Why?

There are approximately 5,000 stocks listed in BSE. The above indices are composed of only 200 odd stocks.

Sensex in particular, has only 30 stocks as its constituents.

Though the concept is, these 30 stocks should represent the whole market. But is this the case?

The above table doesn’t seem to indicate this, right?

[Note: MidCap plus SmallCap represent more than 90% of total number of stocks listed in stock market.]

90% of the total stocks listed in stock market are already bearish. But Sensex and Nifty was giving us a false sense of positivity.

Seeing the above factors, it looks like the bear market of 2018-19 has arrived.

So what a common man should do? Is this a cause of worry?

No it is not a cause of worry.

For sure, when markets crash, the worth of existing portfolio is eroded. But this is only a temporary phenomenon.

Stock market will bounce back to new heights in times to come.

Hence, real investors are always happy to see the arrival of bear market. Why?

Because this is time when one can increase the weight of their stock portfolio without large risks.

This is the time to buy high-quality stocks at fair price levels.

I will personally track following indices for next 6-8 months to get a real feel of the market:

I have also a list of my favourite stocks. I like to track performance of these individual stocks.

Tracking performance of individual stocks is also a good idea in times of bear market.

Read More: Why to invest in bear market…

Home » Investment Basics » The Bear Market of 2018-19 Has Finally Arrived? 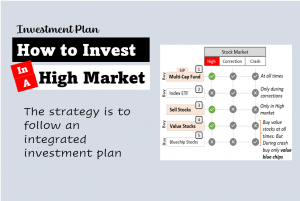 How To Invest In a High Market 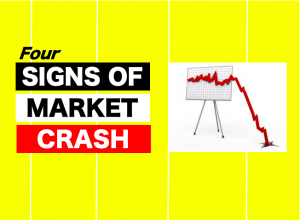 Signs of A Market Crash – Look Our For These Warning Indicators

Value investors keep looking at the signs of a market crash. Why? Because they make

Today, why a discussion about the stock market failures is required? Today is 7-Sep-2021, and